The Digital Productivity Virtual Summit 2021 will bring together developmental thinking from industry and business to openly discuss the challenges and benefits of Digital Transformation! 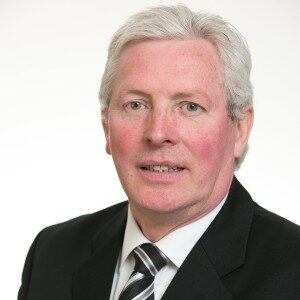 Alex is recognised by his peers as an expert practitioner in the science and disciplines that underpin high performance and productivity in service and knowledge work organisations including Lean and Systems Thinking. He has a unique blend of expertise and experience in building high productivity organisations gained initially in senior leadership roles in the manufacturing, technology, and  service & knowledge-work sectors and later as an adviser, mentor, and coach to his client organisations.

Alex began his career as a hardware and software engineer at Ericsson before moving to the manufacturing sector in the 1980’s where he was first introduced to Lean while building a successful sub-contract manufacturing business to the technology sectors and then selling it to  an Irish Plc. In  the 1990’s, he joined a small US software localisation business as GM Europe and later Group CEO where he pioneered combining high productivity Lean methods and digital productivity tools that saw them become a global leader in that sector, growing by over 400% before being acquired by a US Plc. In the late 1990’s he joined Dell computers as GM EMEA where he pioneered Lean in their services organisation, building a team and a supporting digital technology platform that grew their Online Factory Outlet business from $3m to $80m in less than 2 years.

In early 2000 he joined a large telecoms group as GM IT to help transform their business operations in advance of a planned IPO. Initially successful, he was promoted to Group Director of Business Excellence where he then failed miserably to achieve the same success across the group. In doing so learned first-hand how tools, technology and personal drive make little or no difference without the commitment of the full leadership and management team. In 2003 he acknowledged defeat  and along with Paula Lawton set up what is now the Expertivity Technologies Group to help bring the best management practices and supporting technologies to the service and knowledge work sectors, where globally and across all sectors, productivity is notoriously low and the impact on society is high.

Since then he and the team at Expertivity have worked with over 500 teams in 50+ organisations in the service and knowledge work sectors in Ireland and abroad to help them dramatically improve their productivity and overall performance, regularly  achieving productivity improvements of between 20% and 50% in 6 - 12 months. Expertivity’s  cloud based, digital technology platform, ServiceForce is unique in its ability to align and empower all the people in an organisation with the insights and information necessary to work together to deliver customer focused, high productivity performance. 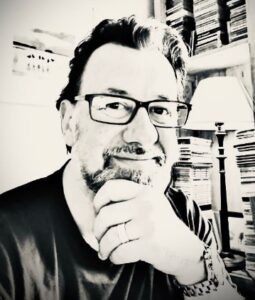 Head of commercial at Deloitte's market leading global grants and incentives team in Ireland, Gi3. Andrew is in his 10th year specifically dealing with innovation funding. He assists client companies of all sizes and sectors in understanding the intricacies of the funding landscape in Ireland including the R&D tax credit. Andrew makes the business case for significantly improving the value companies derive from their RD&I funding through better funding identification, more efficient processes, systems and controls.

Eamonn in Professor Emeritus at the Department of Mathematics and Statistics at the University of Limerick. He was instrumental in establishing ICBE 25 year ago. As a director of ICBE, Eamonn played a key role in securing in excess 6 million in funding for ICBE over the last 4 years.

He is a non-executive director of IMR The centre for Advanced Manufacturing Research in Ireland. He is Chairman of Innovate Limerick a wholly moved subsidiary if Limerick City and County Councils. Eamonn is also Chairman of Research, Development and Innovation Board at Limerick Institute of Technology. He was instrumental in establishing ASK a Spinout company for University of Limerick that specialists in Tacit Knowledge support for large and small organisations. 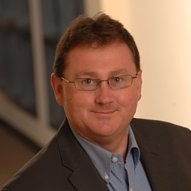 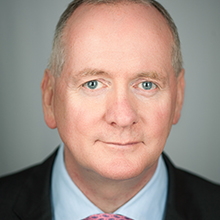 Mark Gallagher is a renowned keynote speaker on a range of business topics relating to his experiences gained while working in senior leadership roles within Formula One motor racing over the last 30 years. Since 1998 he has spoken for many hundreds of organisations, ranging from national SME’s up to large, global corporations.

Today he runs Performance Insights, providing deep-dive insights into Formula One, and working
alongside some of the sport’s greatest stars. He regularly features in the media, working with
organisations including the BBC, Sky Sports and ESPN, and consults for a range of companies
involved directly in Formula One today.

Mark’s management career in Formula One included more than a decade on the management board of the highly successful, race winning Jordan Grand Prix team, running the world famous Cosworth engine business and establishing the commercial arm of Red Bull Racing which went on to become 4-times World Champions. During his career he has worked with many of the sport’s leading drivers, including former World Champions Ayrton Senna, Michael Schumacher and Jenson Button. Today he works closely with a number of the sport’s major stars including David Coulthard, Mika Hakkinen and Jacques Villeneuve.
Mark’s career in Formula One started in 1983, spending seven years working in the media and as a consultant to Philip Morris International before joining Eddie Jordan’s fledgling Grand Prix team in 1990. He was a member of the team’s management board, having full responsibility for the team’s day-to-day marketing and commercial activities. He became part of the newly created Red Bull Racing management team in 2004, and was invited to lead Cosworth’s return to Formula One as an engine and
technology supplier in 2010, overseeing its supply of onethird of the teams on the starting grid. 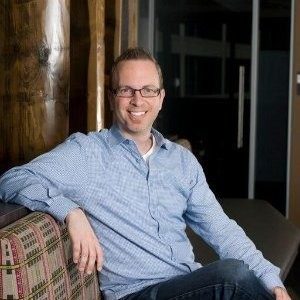 Richard is Director of Outbound Product Management at Google Cloud, with a master’s degree in Engineering from the University of Colorado. He is also an instructor at Pluralsight, the lead InfoQ.com editor for cloud computing, a frequent public speaker, the author of multiple books on software design and development, and a former 12-time Microsoft MVP for cloud. As Director of Outbound Product Management at Google Cloud, Richard leads a team focused on products and customer success for app modernization (e.g. Anthos). Richard maintains a regularly updated blog on topics of architecture and solution design and can be found on Twitter as @rseroter.

Please be aware this information is subject to change, but will be regularly updated.